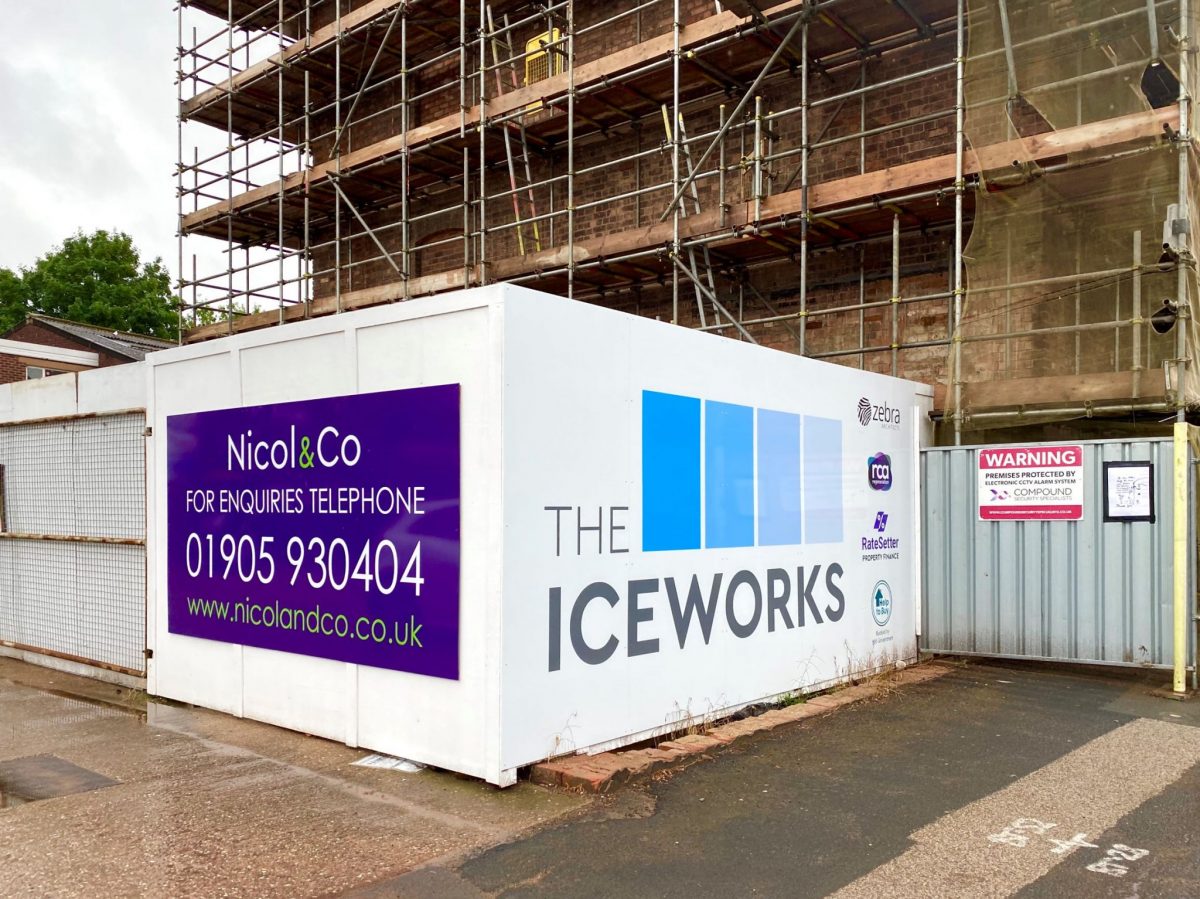 The government’s “Help to Buy” scheme has already assisted 80 per cent of buyers to purchase more than £1 million-worth of apartments at an impressive project in Worcester.

Estate agency Nicol & Co is marketing and selling units at the Iceworks, a 54-apartment redevelopment of a 19th century water mill in St John’s on the city’s outskirts.

Georgina McGorrigan, new homes sales manager at Nicol & Co, explained most sales had received “Help to Buy” funds, but that potential buyers must act fast as applications for the scheme need to be made by 15 December.

There are three show apartments to view at the Iceworks, including The Laugherne, a 625 sq ft property with two double bedrooms and a Juliette balcony overlooking the brook after which it is named, priced at £172,500.

Ms McGorrigan pointed out that buyers might only need a 5% deposit, alongside a mortgage and £34,500 from the “Help to Buy” scheme.

She said: “The activity levels and viewings have been really positive, as expected for such a unique development, and we’ve already sold more than £1 million worth of apartments.

“What’s interesting is that over 80% of purchases have come from first-time buyers – and all of them have been using the government’s ‘Help to Buy’ scheme.

“Buyers wanting to get on the housing ladder really to need to make the most of scheme now. They should also be aware that they need to make applications fast as it ends in March, with only weeks to go before the deadline for new applications.”

Nicol & Co has already sold six units in the first phase of the Iceworks, which consists of 21 apartments in two blocks due to be completed early in the new year.

One block has nine apartments with two bedrooms and one bathroom over three floors, with 12 similar apartments over four floors in the other.

Ms McGorrigan said: “There are several other developments in Worcester, but not many offering a ground-sourced heat pump that almost halves average utility bills.

“The apartments all have a high-specification finish and they are in a great location – with easy access to city centre, the university campus and easy road and rail links to Birmingham, Cheltenham and beyond.

“The sales so far have been agreed before the apartments have been completed, and I’m sure that once phase one of the project is finished, the rest will fly out.”

Nicol & Co, which has just two apartments with outside space still available, is operating as normal with viewings available from Monday to Saturday.

As well as the Laugherne, other show apartments include The Lily and The Mallard, with property details at https://www.nicolandco.co.uk/developments/iceworks/.

Ms McGorrigan added: “These are wonderful new apartments, especially for first-time buyers, and we don’t want anyone to miss out on the ‘Help to Buy’ scheme that makes them so affordable.”

The Iceworks is the brainchild of local builder Kelvin Sparrey, who has had a hand in the renovation of several important local buildings.

Phase two of the project will see the former flourmill on nearby Bromyard Road converted into 33 apartments, all with two bedrooms and two bathrooms.

Established in 2009, Nicol & Co is an award-winning estate agency offering advice on sales, lettings, new homes and land purchase. The company combines the latest in digital media with traditional high street courtesy and service to provide the perfect blend of old and new technology.