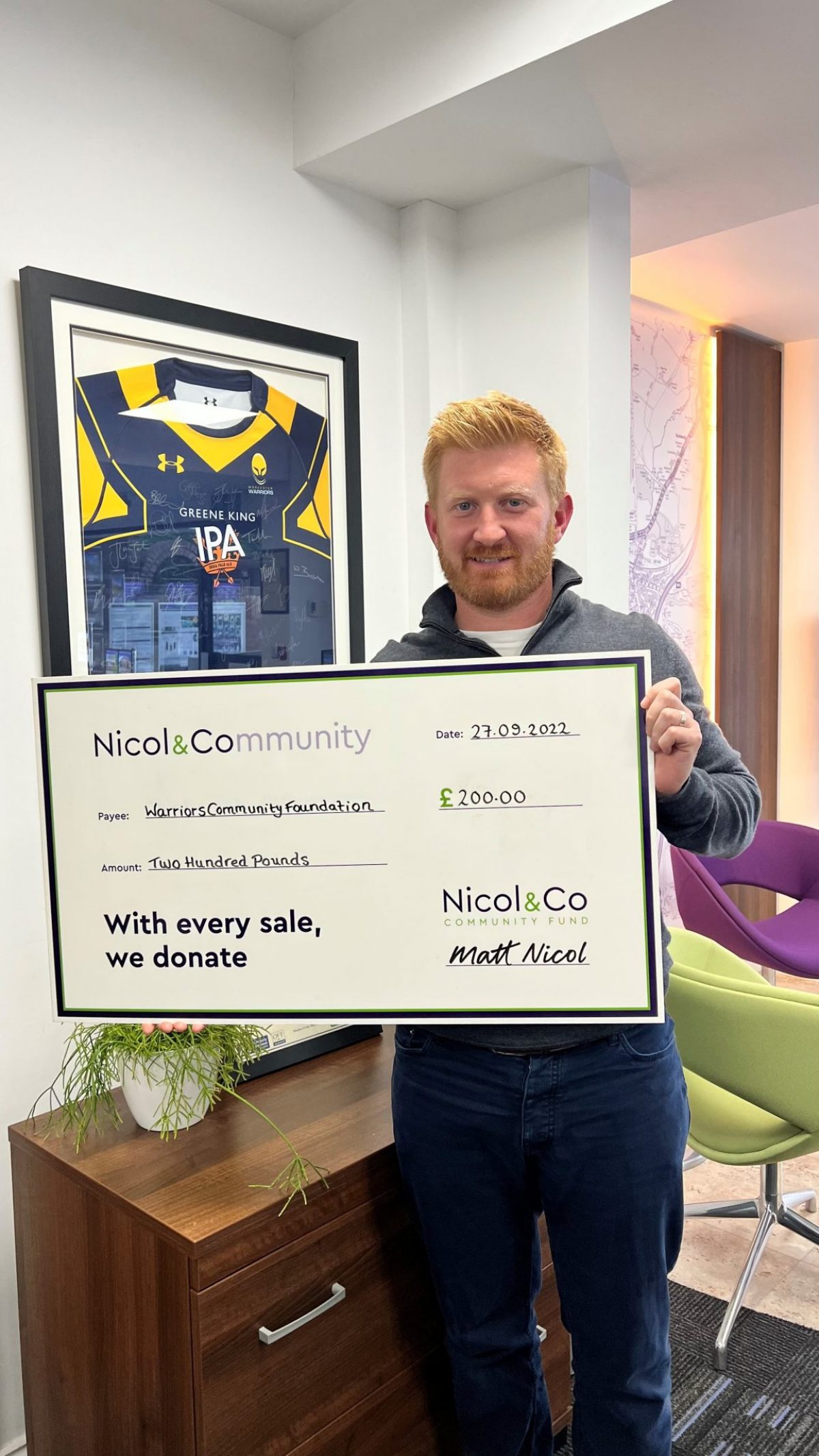 The donation is one of scores that have been made to local charities, schools and groups from the company’s community fund that have now topped £28,000.

Matt Nicol, managing director of Nicol & Co, which has offices in Droitwich, Worcester and Malvern, said: “We were upset to hear that the Foundation’s minibus had been vandalised and asked what we could do.

“The repairs were set to cost £3,000 and they were just £200 short, so we decided to contribute that amount to help get the minibus back on the road as soon as possible.

“We’ve only played a small part in a bigger appeal, but we are valued partners of what is a great charity that helps to involve the community in sport, education, health and social cohesion.

“This is a great example of our Community Fund doing what it does best – helping great local causes in need.”

Mr Nicol added: “Like everybody associated with the club we are hoping for a successful outcome and the doors being open again soon at Sixways.”

Dan Hart, development coordinator at the Worcester Warriors Foundation, said: “We’re really grateful to Nicol & Co and everybody else who contributed to the fundraising campaign to repair our minibus.

“This had been our sole remaining transport and used for a variety of projects including wheelchair rugby, so it really is crucial to us.”

Mr Hart added that the Foundation was operating as usual as its funding was completely separate to the Worcester Warriors Club.

Nicol & Co launched its Community Fund in March 2021 by pledging £100 to the seller’s good cause of choice for every property sale it handles.

Some vendors give Nicol & Co the honour of choosing which local group the £100 should be donated to, which resulted in the donation to the Foundation.

Any group that would like to be considered for a donation from Nicol & Co’s Community Fund should email community@nicolandco.co.uk.

Established in 2009, Nicol & Co is an award-winning estate agency offering advice on sales, lettings, new homes and land purchase. The company combines the latest in digital media with traditional high street courtesy and service to provide the perfect blend of old and new technology.