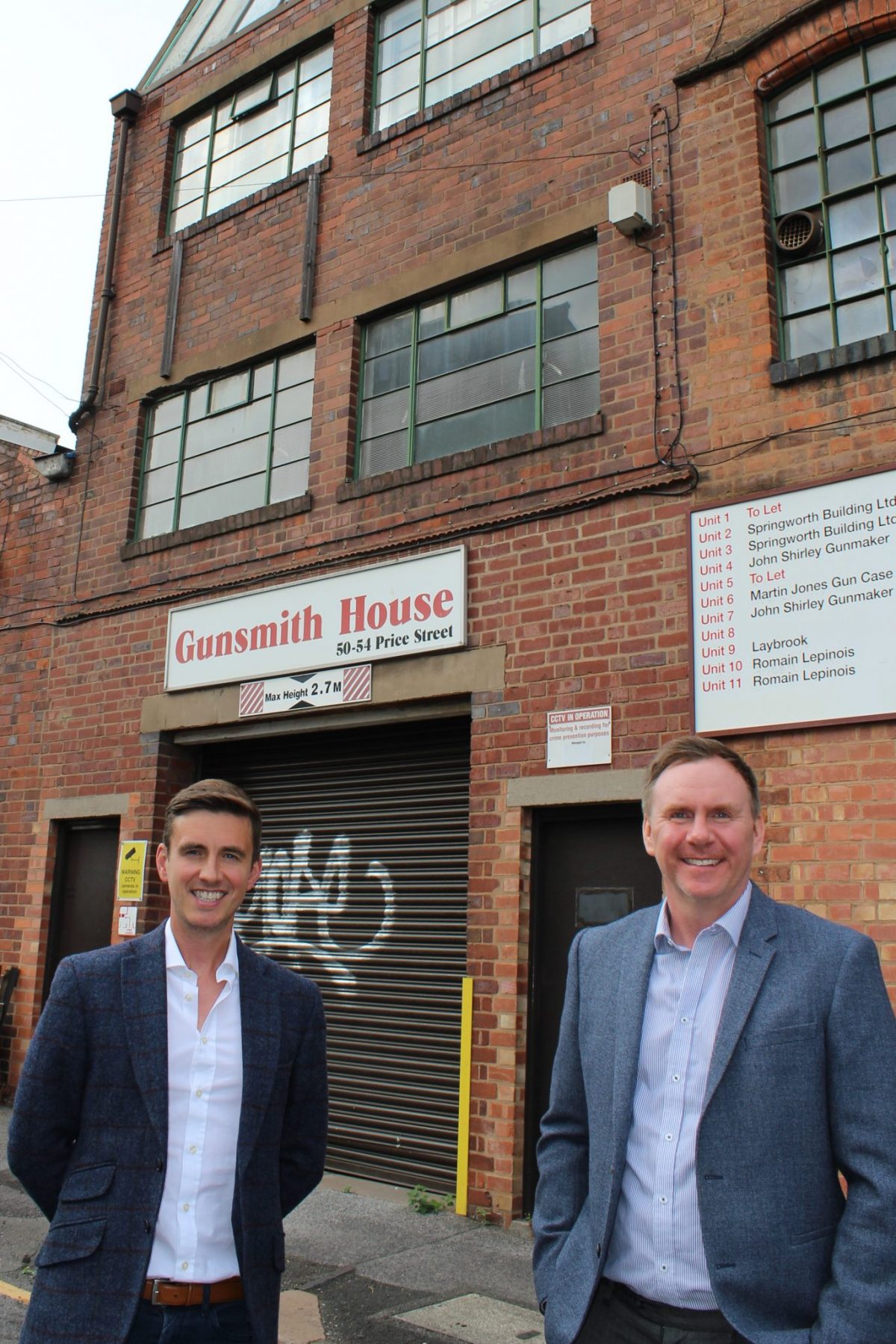 One of Birmingham’s most historic gun making industrial sites is set to have a new lease of life after a multi-million pound sale brokered by commercial property agents Siddall Jones.

Birmingham developers Elevate Property Group has purchased the 0.79 acre site in Price Street for an undisclosed sum with the intention of redeveloping 51-61 Price street into 84 apartments.

The property was on the market for £2.5 million.

Ed Siddall-Jones, managing director of Siddall Jones, said: “The site includes the locally-listed Gunsmith House which will be sympathetically restored by Elevate as a major part of the project.”

Elevate Property Group has applied for planning permission for a scheme designed by Birmingham’s K4 Architects Ltd which will provide a range of one, two and three bed luxury apartments  – including the restoration of Gunsmith House.

Mr Siddall-Jones said: “As Gunsmith House implies, Price Street was at the heart of Birmingham’s gun making industry which can trace its history back to the 17th century. Following the publication of Birmingham’s Big City Plan in 2008, The Gun Quarter is now a distinct district within the city and with the passing of the gun trade has several sites ripe for redevelopment.”

The site was granted outline planning permission for conversion and building work in May 2020, and when full planning permission is granted Elevate is hopeful of starting work on the multi-million pound project in the autumn of 2021 with completion projected for the end of 2022.

The sale of the Price Street site is just the latest in a run of successful deals done by Siddall Jones.

An office and warehouse building with a self-contained yard on a 0.7 acre site at 5 Clement Street, Nechells, Birmingham, has been acquired by Shield Environmental Services for £820,000, and a small industrial estate in Sydenham Road, Birmingham, was sold for a price close to £1 million.

For further information on the Price Street site, see https://www.elevatepropertygroup.co.uk/land/price-street

Siddall Jones, which has offices in Birmingham and Dudley, was launched by Ed Siddall-Jones in 2012 and has grown steadily from one office to two and from one member of staff to six. In 2020, the firm was named Most Active Agent in the West Midlands in the Radius Data Exchange survey produced in conjunction with EG, the commercial property market magazine. In 2019, Siddall Jones was named Most Active Single Branch Agent by number of deals done by CoStar and was a Top Five finalist in the overall CoStar awards.