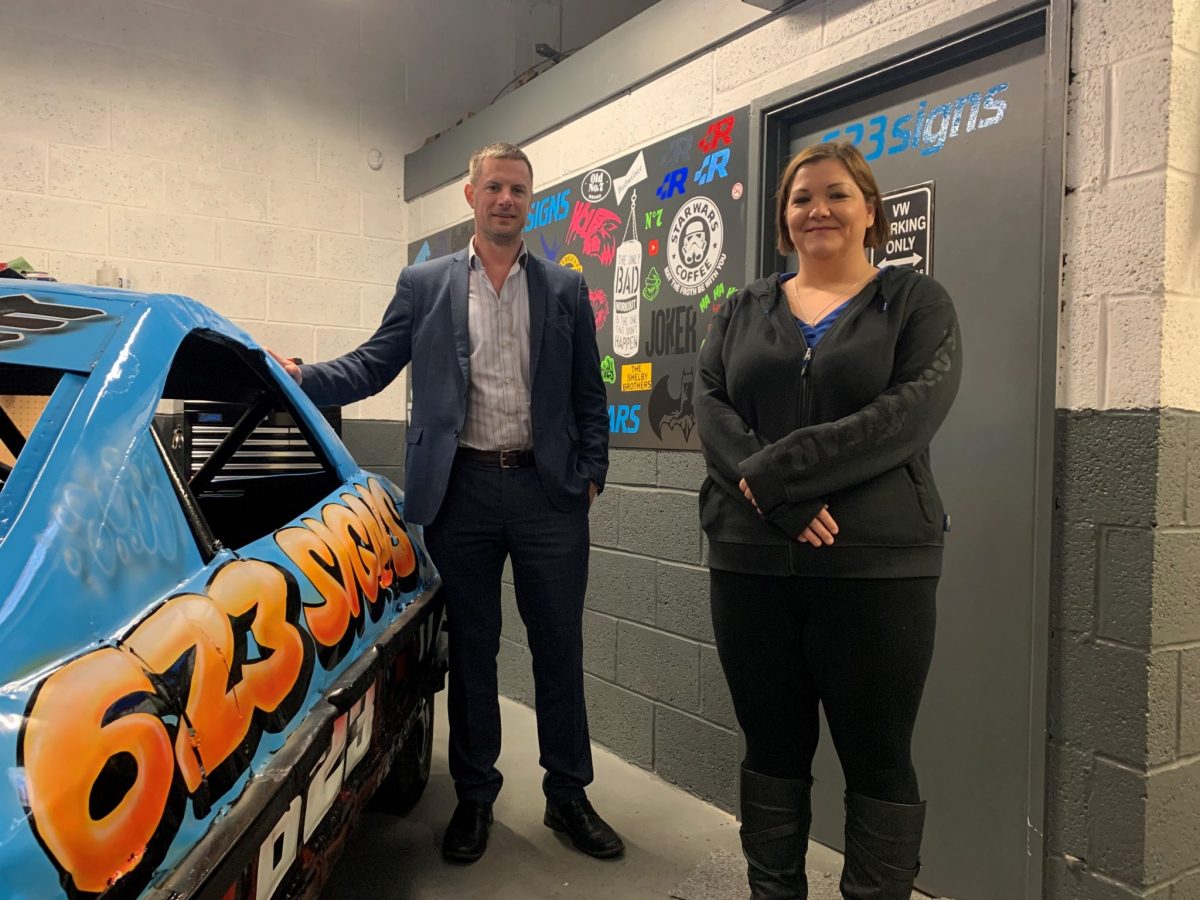 New premises are pointing the way to growth for 623Signs after commercial property agents John Truslove helped the firm secure its first permanent base.

Mark Bessant and his partner, Zoe Kirk, have been running the sign installation business from their home as they built their customer base.

The company now aims to double the number of people it has on the road as its move to the 508 sq ft unit at 9 Tything Road East, in Alcester, enables 623Signs to cater for soaring demand for its work from around the country.

Ben Truslove, joint managing director of property agents John Truslove, identified the property as a likely prospect for 623Signs after a chat with Zoe, the firm’s business development manager and took her for a look around.

She said; “It was just what we were looking for. Within three days we had the keys. Ben couldn’t have been more helpful, answering  our questions and helping us move in as quickly as possible.

“Mark is the experienced craftsman – he has worked in the signage industry for years – and knew we needed somewhere to enable us to work on vans and cars.

“These premises also mean we have somewhere to store the materials where I can work and handle all the admin. I had another job but I’ve been able to give that up and go full time. We’ve been deluged in so much work in recent months we were having to turn some away. Not anymore.

“Covid-19 and the lockdown has meant a lot of firms have taken the opportunity to address the signs on their premises and on the signposts on commercial estates. Mark was in Exeter last week and he is off to Stoke-on-Trent after that. He’s also worked in Germany at an Amazon site and for a co-op in Paris. He works with a fitter and we are now looking at hiring two more people to create a second crew to cater for the demand.”

Ben Truslove, at John Truslove, arranged a five-year tenancy for the property’s landlord at £4,800 per annum.

He said: “Mark and Zoe had a clear idea of the kind of premises they needed. With our broad portfolio of landlords and commercial properties across the region, it was simply a matter of identifying which property would best suit them. The deal was wrapped up particularly quickly and I fully expect the Tything Road East unit to provide 623Signs with the platform it needs to keep growing.”