Sweet treat set to open in Redditch, thanks to John Truslove 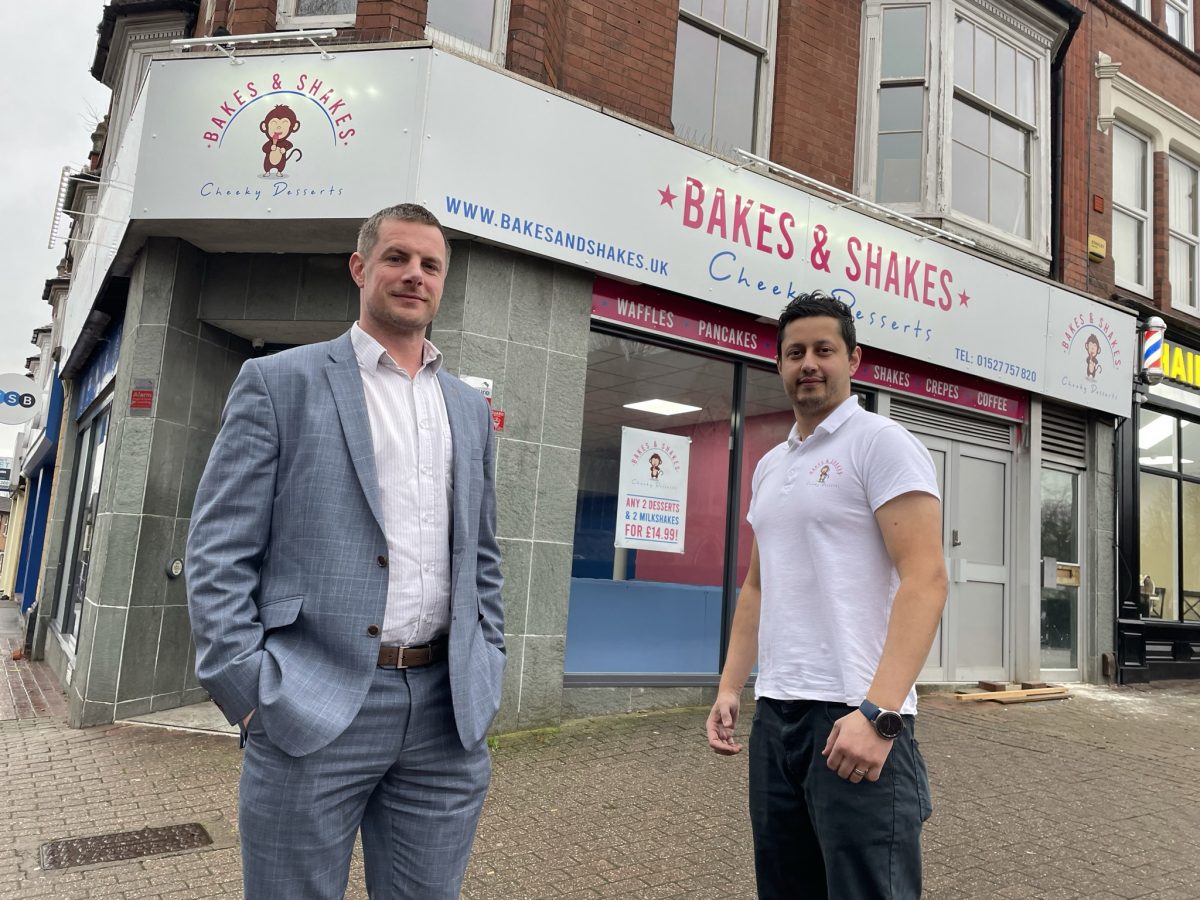 A new dessert shop is bringing a range of sweet treats to the heart of Redditch, served up with the assistance of property agents John Truslove.

Bakes & Shakes is the latest venture from businessman Farhan Khan and will open in one of Redditch town centre’s most prominent retail units – the corner building at the top of Unicorn Hill.

“I’ve been running a mobile coffee business for the last few years but, after the impact of Covid on the festival and outside events industry over the last year, I decided to start something a bit more ‘bricks & mortar’,” said Mr Khan.

“I’ve been mulling over the idea of a dessert shop for a while but in Birmingham, where I’m from, the market is just saturated. I thought Redditch would be a better place to open – and it’s a very nice place to work and run a business.”

He added: “I was looking for suitable premises on various websites and spotted the premises on Unicorn Hill. I got in touch with Ben Truslove and he’s been great – really helpful, always responded to my calls and answered queries.

“We’re doing a lot of work on the premises to get them ready and hope to open sometime this autumn.”

Ben Truslove, at John Truslove, arranged a five year lease at £15,000 per annum with Mr Khan on behalf of the landlord.

He said: “This is a prominent unit at the heart of Redditch town centre, so it is ideal for a new business hoping to attract a lot of attention. Dessert shops have become extremely popular in recent years, and I am sure local people will find Bakes & Shakes to their taste.

“This is another example of John Truslove securing an excellent tenant on behalf of one of our landlord clients.”