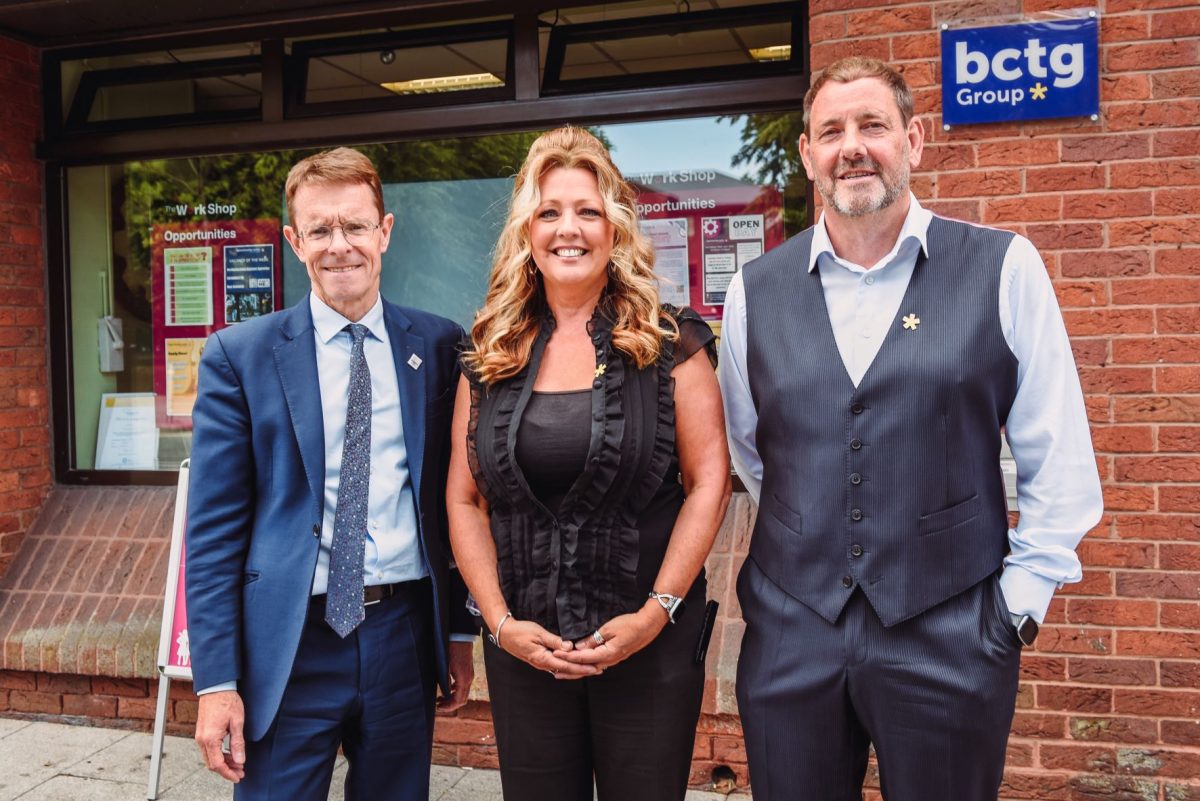 Leading West Midlands training provider BCTG has hailed the announcement of £515 million to boost skills in the region over the next three years as a “game-changer”.

West Midlands Mayor Andy Street used a visit to one of BCTG’s sites in West Bromwich to unveil the skills “war chest” to fund a broad range of training to assist local people into work and help employers recruit the skilled people they need.

Chris Luty, chairman of BCTG, which supports almost 10,000 young people and adults in training and apprenticeships each year, said: “This funding is a game-changer for skills and training in the West Midlands.

“As well as supporting the broad range of successful programmes already under way, it will enable us to find new ways to assist employers in recruiting the staff they need and help local people get the training to secure long-term jobs.”

Improving workforce skills has been a key target for Mr Street and the West Midlands Combined Authority, and he also revealed that more than 135,000 people in the region have gone through training to work in the past two years.

With 2.9 million people now in employment in the West Midlands, he said the region has a record employment rate of 75.9%.

“We have more people employed than before the pandemic,” said Mr Street.

“There are still challenging areas: in Wolverhampton and Sandwell youth unemployment is still high and more work needs to be done.

“But we have also organised a war chest of £515 million over three years to spend on skills development.”

He explained that the funding pulled together by the West Midlands Combined Authority (WMCA) is more than three times as much as the region had to spend on training over the previous three years.

This provides short, two to six-week pre-employment courses funded by the WMCA, working closely with the Department for Work and Pensions, employers and a consortia of other training providers.

Mr Street spoke with employers, training organisations and trainees taking part in SWAP schemes across a range of sectors during his visit to BCTG’s The Apprentice Works centre on West Bromwich High Street on 14 July.

Since BCTG was chosen by WMCA to lead the SWAP programme in January, scores of people have undergone training that has led directly to job opportunities.

In one scheme, BCTG is working with banking sector recruitment agency Firstsource to prepare potential recruits for around 400 new bank call centre jobs in Birmingham.

Sarah Matthews said: “Banks including NatWest, Lloyds and RBS will be recruiting 400 people over the next four to six months.

“We are working with Firstsource and BMet College on tailored pre-employment training through SWAP.

“So far 90 people have enrolled on training courses and the first group to complete their training are due for their job interviews next week.”

She said a key to the success of the SWAP programme was the early work with employers, establishing what skills they needed from new recruits.

Notes for the editor:

The BCTG Group, based in Oldbury, has ten sites in Birmingham, the Black Country, Staffordshire and Newcastle-under-Lyme, and also includes Performance Through People, The Apprenticeship Works, BCTG Ltd, Eurosource Solutions and Further EPAO.